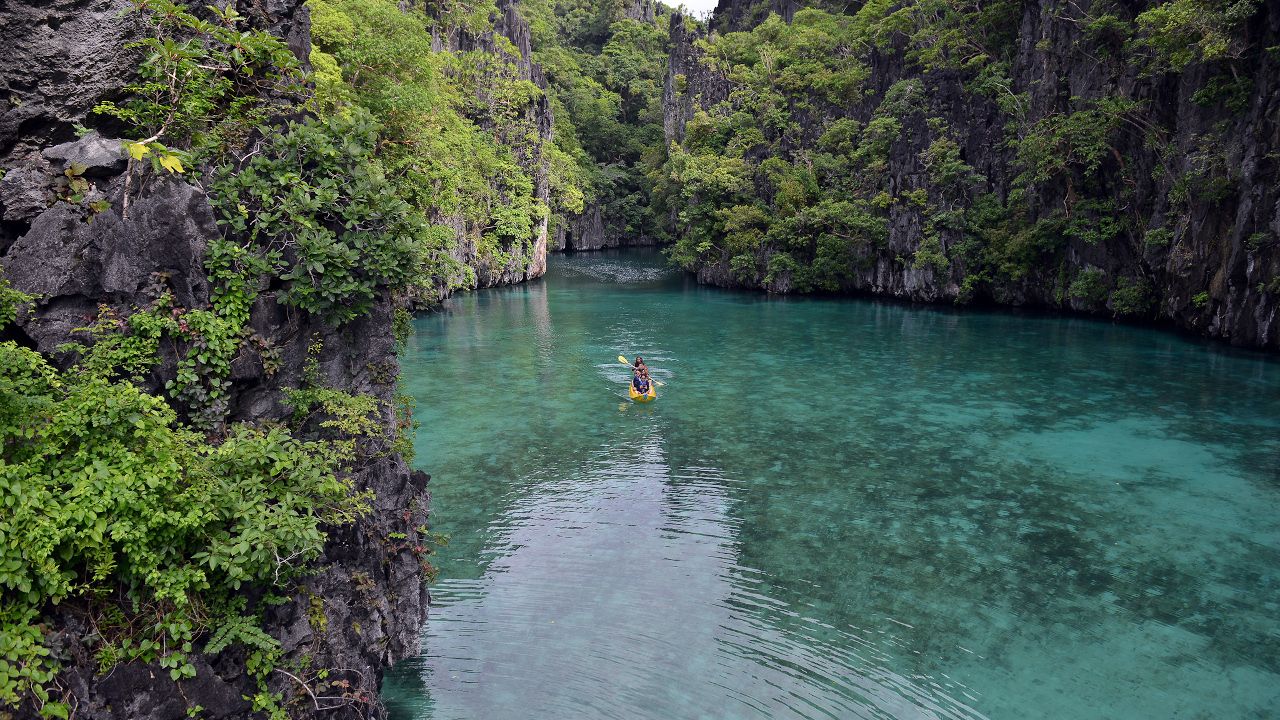 The lagoons in El Nido are said to be caves millions of years ago. Their roofs collapsed, leaving majestic limestone walls. In the case of the small lagoon, the rugged cliffs created a magical sanctuary with supremely calm and clear turquoise water.

El Nido’s Hidden beach is one of the “30 Best Beaches in the World” according to Conde Nast Traveler’s June 2020 list? In 2018, it was voted the most beautiful beach in Asia and 3rd in the world by Canada’s biggest flight agency, Flight Network.  “The wild, vegetation-covered rock formations and crystal-clear waters of Hidden Beach will make you feel as if you’ve been dropped into a movie” – Sachin Aggarwal, Carlson Wagonlit Travel

Also known to locals as Vigan Island, Snake Island was coined due to the winding shape of the unique sandbar that connects the island to the mainland. Appearing daily at low tide, it’s an amazing experience to stroll along the sandbar and feeling like you’re in a deserted paradise. On both sides of the white sand strip are shallow swimming areas. “The water in this area is nothing short of spectacular. Crystal clear and stunningly turquoise – it’s pretty easy to see why this place is considered by many Filipinos to be paradise.”- Elle Burne, travel blogger

November to March is surf season in El Nido. A consistent swell in Duli beach makes it an ideal surfing spot

One of the 45 islands in Bacuit bay in El Nido, one is shaped like a chopper, hence its nickname, Helicopter island. Originally named Dilumacad island is like many others in the area with its long, white sandy beaches. It a good spot for experienced divers. Not advisable for children due to sudden drop in sea floor. There’s an underwater cave on the northern end.

A stunning display of beautiful stalactites and stalagmites, the Cudugnon Cave is an archeological site where bones and artifacts were discovered.  It’s a must-see site that takes you back into ancient times when majestic rock formations, elevated cavernous ceilings and limestone cliffs dominated the landscape.

A hike to this highest peak in El Nido will reward you with a breathtaking panoramic view of Bacuit bay. The climb to Taraw cliff might be challenging due to the sharp rocks and tricky footing, but with an experienced guide and some caution, one should definitely consider scaling it. The incredible view makes it well worth it!

Cathedral cave is on Pinasil Island, and is one of the many natural wonders of Bacuit bay.

There is an open chamber at the center of the Island where you can see that it has a shape of a cathedral surrounded by high rocky cliffs.

An alternative to Taraw cliff, Matinloc shrine also offers an amazing view of Bacuit bay, with its share of rock formations and scenic view, but with an easier hike. It’s an abandoned shrine with a port and a small gorgeous beach.

A popular beach in El Nido, it has almost everything El Nido is famous for.  Situated under limestone cliffs, coconut trees line the stretch of the white sand beach where one can snorkel and swim

What is your favorite site in El Nido?

The Apartments El Nido: Where you can spend time with your family and friends. It has the comforts and space of home. The B&B with a plus.